Chandan, who happens to be a childhood friend of Kapil has mended fences with him.

Mumbai: Chandan Prabhakar has returned to ‘The Kapil Sharma Show’ after a hiatus of three months. Chandan, who had quit the show sometime in March following Kapil’s ugly spat with co-team member Sunil Grover, has finally reconciled with star the comedian.Chandan, who happens to be a childhood friend of Kapil has mended fences with the ‘Kis Kisko Pyar Karoon’ star.

According to Mid-Day, during a Facebook live session, Chandan responded to a question on his reconciliation with Kapil by giving an example of a wet cloth. He reportedly said, “sometimes, when a cloth gets wet, it takes some time for it to dry”.

“It was not a hardcore decision. It was a reaction for some time. That’s it. Now everything is sorted between us. I felt Kapil needs me now and I should stand by him,” Mid-Day referred to a news agency’s report with Prabhakar’s quote.

10 Awards Show Moments That Will Go Down In History 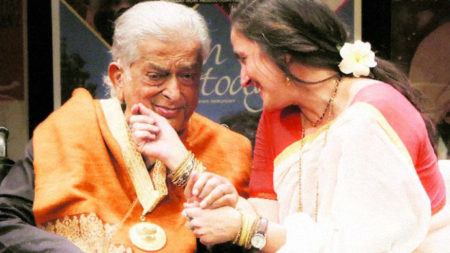